back to search results
Prev Next
Less Info

A room full of broken ceramic buddhas at Wat Si Saket in Vientiane, Laos. Built in 1818, the temple is of the Siamese style rather than the traditional Lao style. It is now perhaps the oldest temple still standing in Vientiane. These broken statues have been removed from the main collection of approximately 2000 ceramic and silver buddhas on display in the cloisters. The sign reads: "These broken pieces of the buddha statues. They were destroyed by the war. These broken statues were found under ground during excavation in the Vientiane City." 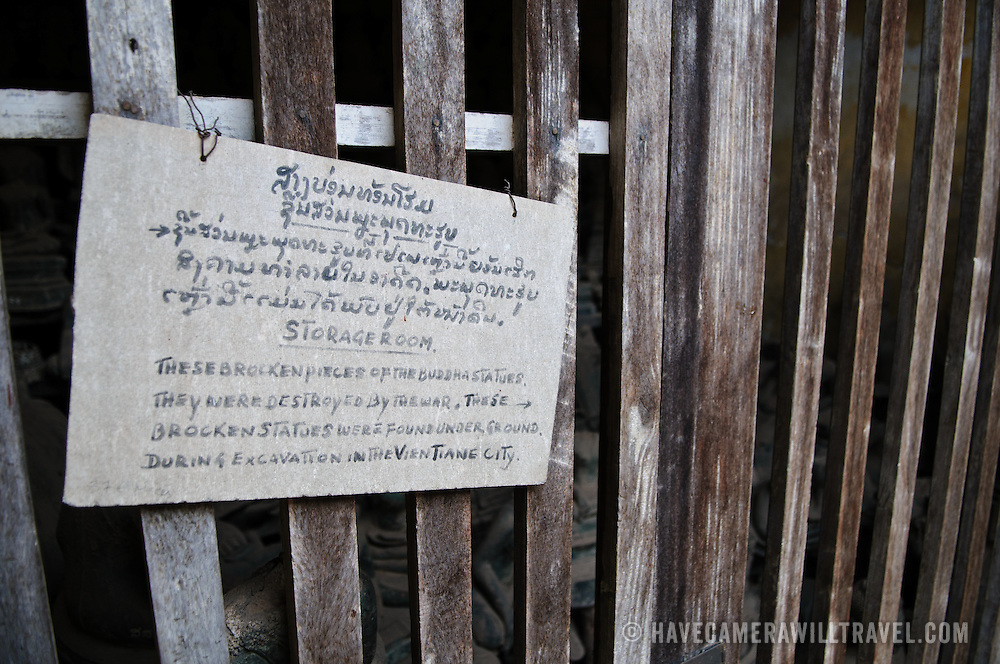