A monument to former Mexican president Benito Juárez, who served in the office five times in the 19th century and was widely credited with resisting French incursions and moderning Mexico. The monument sits in Alameda Central (central mall) in the Centro Historico district of Mexico City, Mexico. The main statue, by Italian sculptur Lazzaroni, shows Juárez seated. On either side are symbolic figures depicting the crowning motherland, justice with a glory torch, and a couple of lions on the seat of the pedestal over which these pieces are placed. 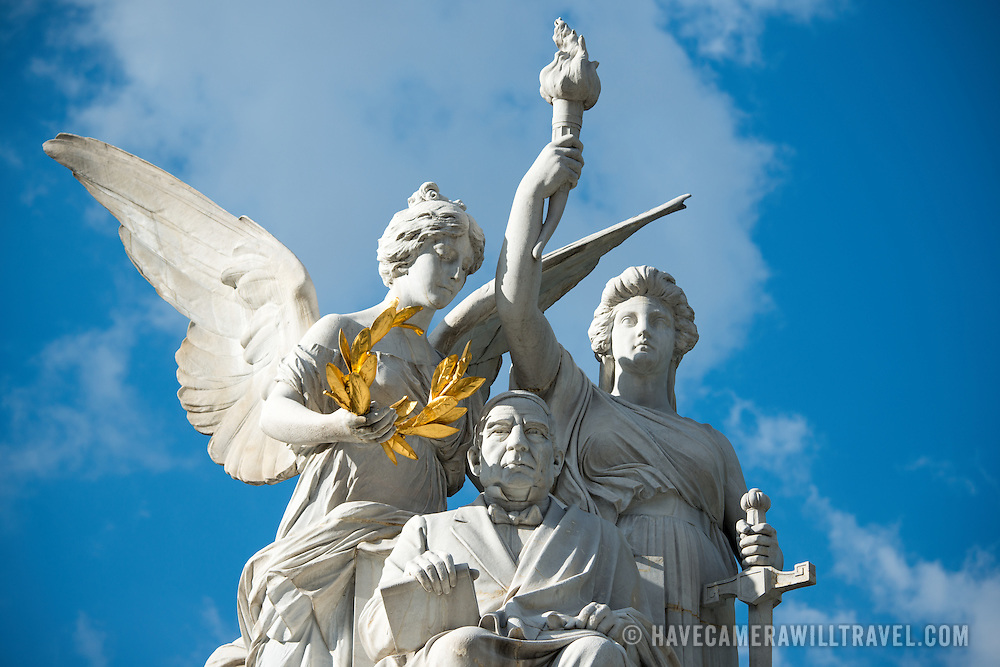