BAGAN, MYANMAR--The Dhammayazika Pagoda (also written as Dhamma-ya-ka Zedi and Dhamma-Yazika) is a Buddhist temple located in the eastern part of the Bagan Archaeological Zone. Completed in 1198, and taking only two years to build, it is estimated that six million bricks were used in its construction. In the 1990s it was completely renovated. It is unusual for its 5-sided design and a highlight is the collection of several hundred tiles telling the jataka stories (about the previous births of Gautama Buddha). 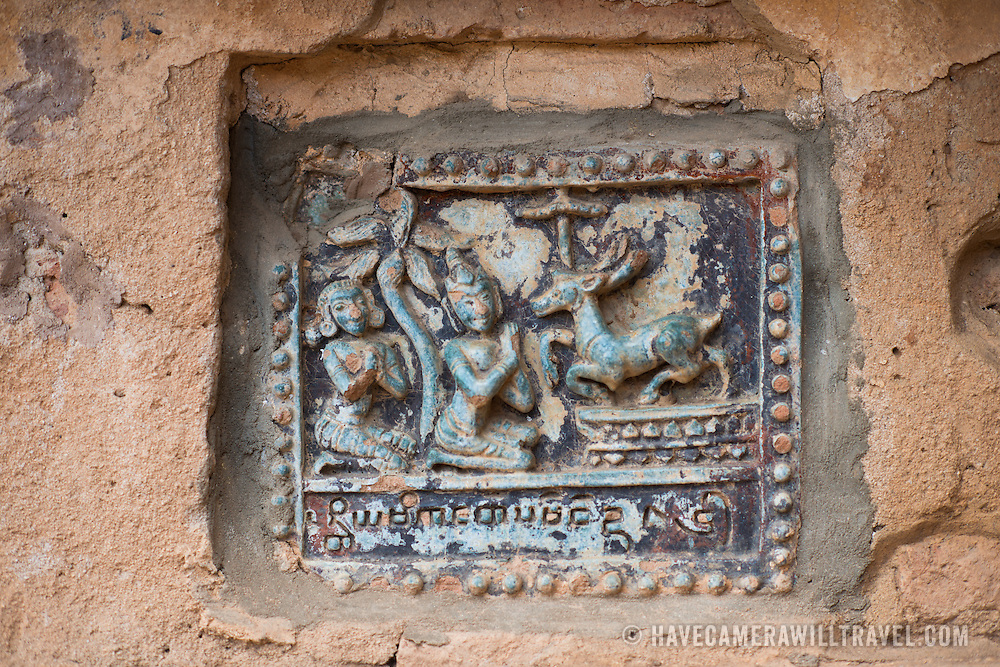