Display of the command deck of the HMAS Brisbane at the Australian War Memorial in Canberra. The HMAS Brisbane (D 41) was a Perth class guided missile destroyer, built in the United States of America and commissioned into the Royal Australian Navy (RAN) in 1967. She served in the Vietnam War and during the 1991 Gulf War (as part of Operation Damask).
Brisbane was decommissioned in 2001, and was sunk as a dive wreck off the Queensland coast. The command deck was saved for the exhibit. 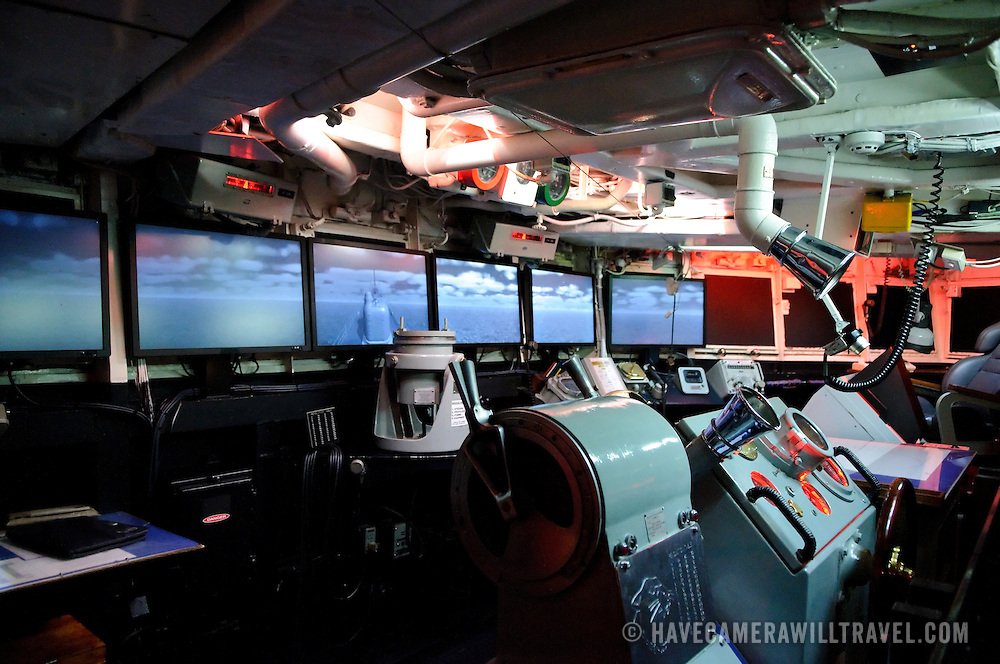