View of the corridor along death row, where prisoners destined for execution were kept in isolation. On either side are doors to the cells. In the distance, down the corridor, is one of the guillotines that the French colonial government used for executions. Hoa Lo Prison, also known sarcastically as the Hanoi Hilton during the Vietnam War, was originally a French colonial prison for political prisoners and then a North Vietnamese prison for prisoners of war. It is especially famous for being the jail used for American pilots shot down during the Vietnam War. 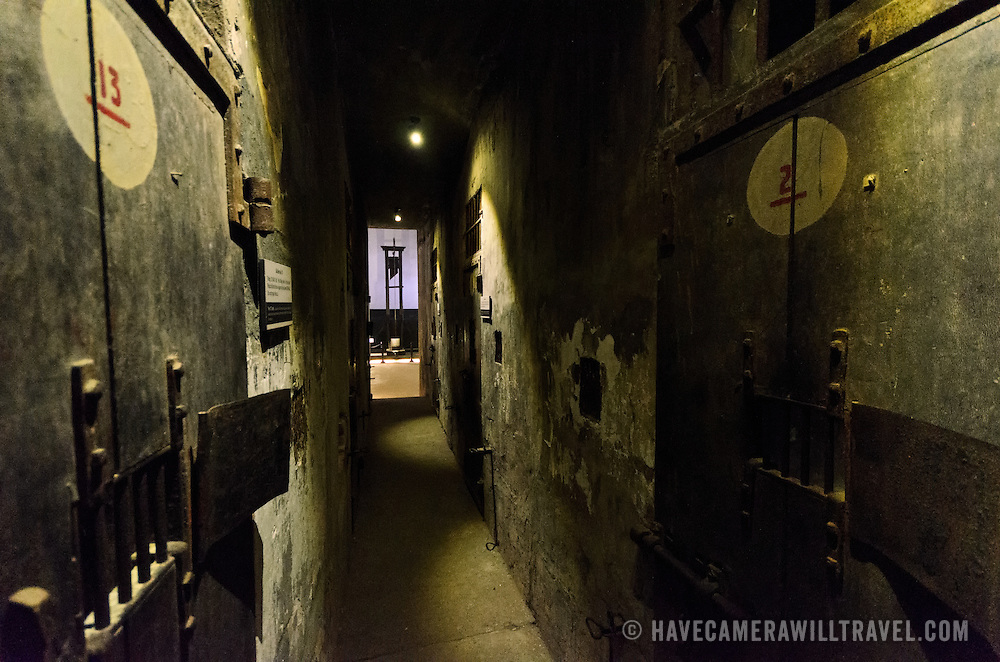